Following an audit of New York City graduation requirements, the New York City Department of Education (DOE) determined that Townsend Harris’ physical education program did not meet the standards. The THHS administration then implemented a new physical education schedule for many students, which also brought about change to the health program. The Classic reported on these changes in October, but now that the schedule is fully implemented, we are looking at the specifics of how student schedules have changed across the grades.

“We were notified by the Office of Academic Policy (OAP), that in order to award 0.58 credits for PE [the current practice], our PE classes must meet daily,” Assistant Principal Ellen Fee stated.

The audit of the THHS program resulted in the DOE determining that not meeting five days a week does not comply with their regulations despite THHS PE/Health classes meeting “every day” on our four-class-a-week program. Though the THHS schedule offered PE for 200 minutes a week (twenty more than the 180 the DOE requires), it must offer PE for five days a week to comply with the seven semester PE/one-semester health model that THHS was using.

In order to compensate for the discrepancy, juniors and seniors began taking PE classes during zero bands, lunch bands, or free bands. Many students are taking PE classes on Friday as a fifth band class. Students with team gym or zero band PE classes are not currently affected. Freshmen students are not currently affected by the schedule changes either. On the other hand, sophomores are now required to take a full year of PE, replacing the semester of health.

Ms. Fee said, “It’s not easy getting a change in late October, just when you’re getting used to your classes. Adding another class to your schedule is usually not very pleasant. But I think that after [a while] students and teachers [will get] used to the extra class.”

The changes produced many different opinions among the student body, primarily from those who now have an extra class. Junior Zuzanna Pula said, “I lost my free ninth band on Tuesday because of this schedule change. Now, I can’t do any of the extra work I planned to get done during that period.”

Senior Tammana Udin added, “Because of the extra class on Fridays, I have to change my work schedule outside of school.”

Upon realization of the differences between THHS’ physical education program and those of other schools in the area, some students found the changes to be unfair, exacerbating an already present disparity between schools.

Junior Annie Yi said, “My friends [from other schools] have gym 2-3 times a week, but with our regular block schedule, we still have gym class more than them.” Though meeting less frequently is not against the rules, students believe the programs of other schools to be less rigorous than the THHS program.

Among many other public schools, the decision to have PE meet fewer than five days a week for eight semesters seems popular. Francis Lewis, for instance, follows the 3/2 schedule because of their abundant student population.

Although a final decision has not been made on when these students will take health, Assistant Principal Ellen Fee said, “We [the administration] are still thinking that it [health class] probably belongs most in senior year.” Other options include: taking health during the summer or taking it in junior year.

Although a senior year health class is not confirmed, it may make sense given the flexibility that seniors have in their schedules.

Some students have already expressed worries about not taking the class until then.

Sophomore Jacob Davidson said “The drawbacks[of the health curriculum change] severely outweigh the benefits due to its poor timing. I feel like adding more work to a senior’s program along with college courses isn’t optimal. In addition, I feel like many important subjects simply cannot be delayed, such as drug use, nutrition, and sexual health.”

In addition, sophomore Kayla Greenfeld said, “I am disappointed because we need to learn about certain things before we encounter them in life and senior year will be too late.”After the decision was made, the health room was converted into a PhysEd room, with desks cleared out and dumbbell racks and yoga mats put in.

Some sophomores were upset about abruptly not taking health, and taking PE instead. Sophomore Cecelia Taravella said, “I was interested in the health class that Mr. Lemanczyk was teaching and felt ready to learn more about well-being and taking care of myself.” In addition, some students did not want to use the classroom as a gym. “I don’t like it because the classroom becomes really gross…the room is not meant for PE and fifty students,” said Kayla.

All students must take health to graduate, as per New York State regulations. The THHS administration wants the correct number of credits to be allotted per semester to phys ed classes and is currently working to solve this issue.

Sophomore trip bowls over the competition 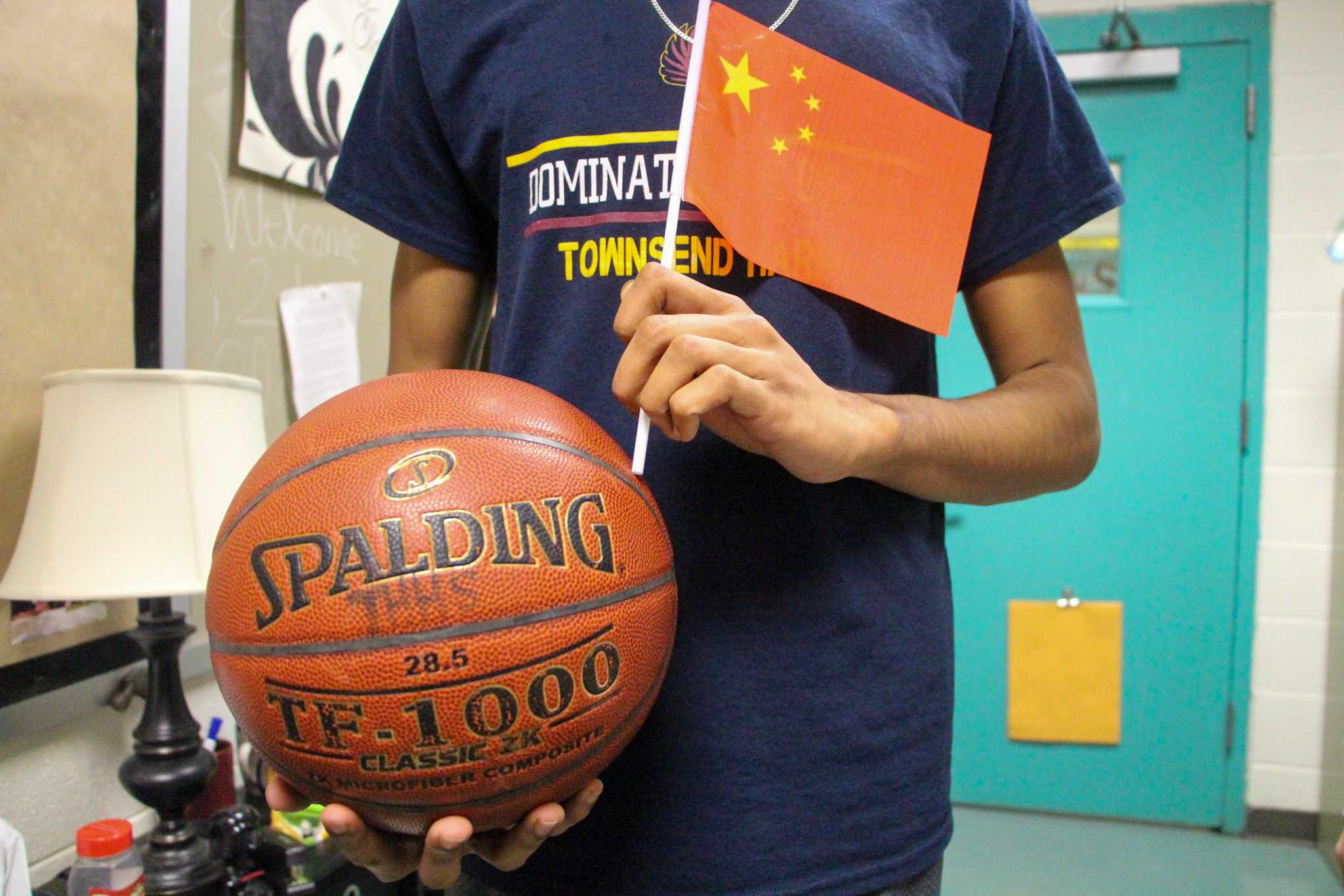 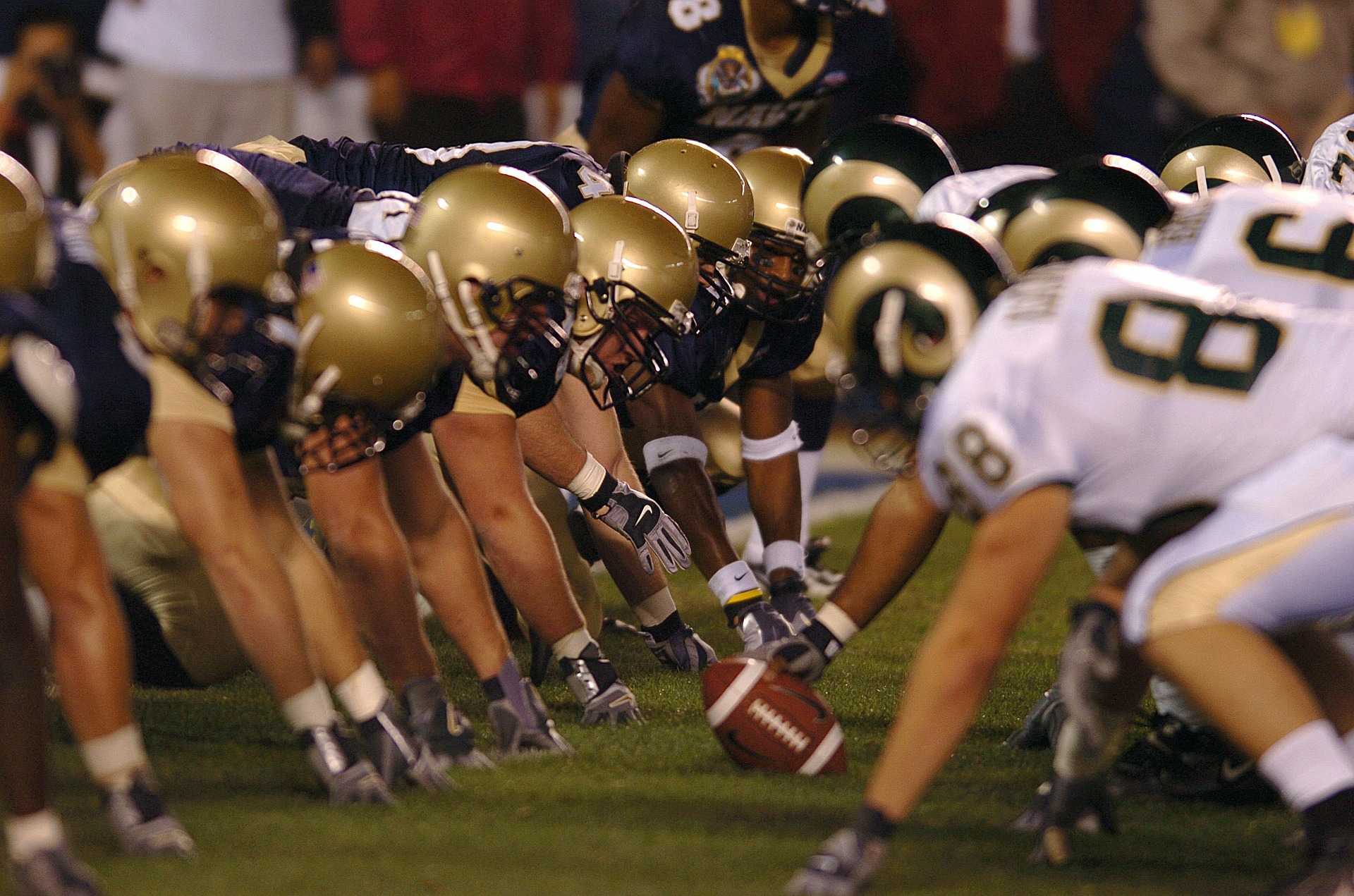 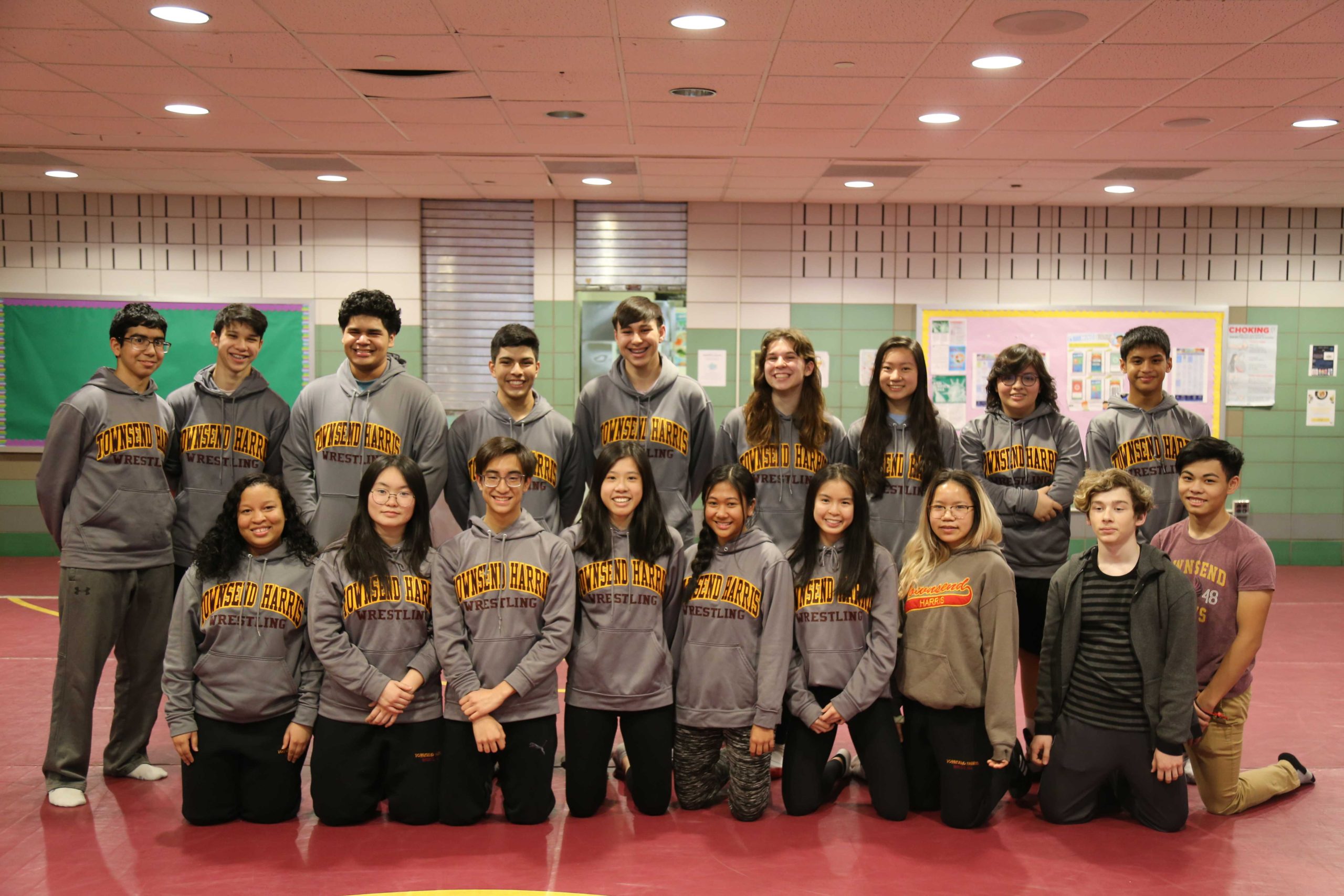 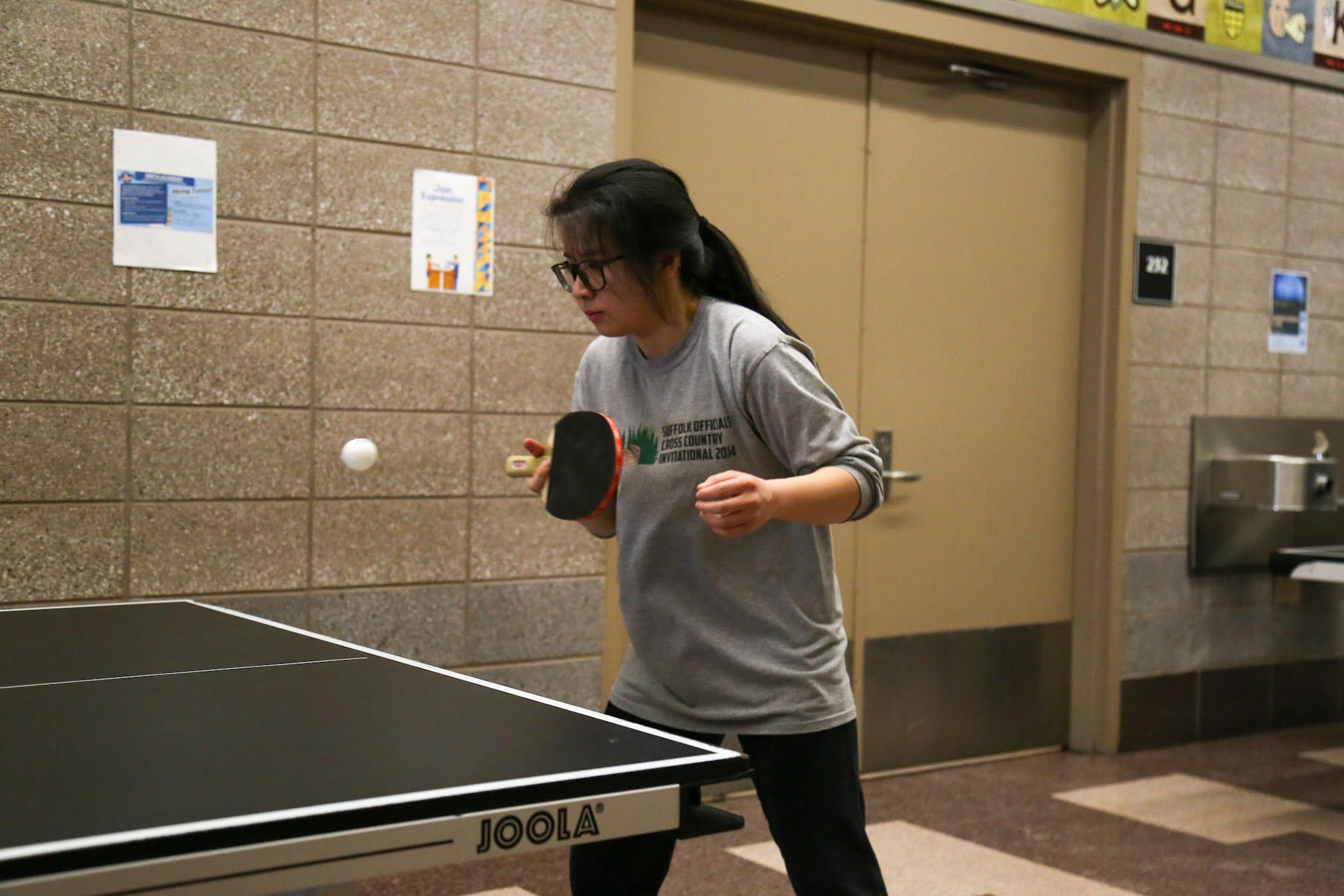 The table tennis team’s bounce into the season 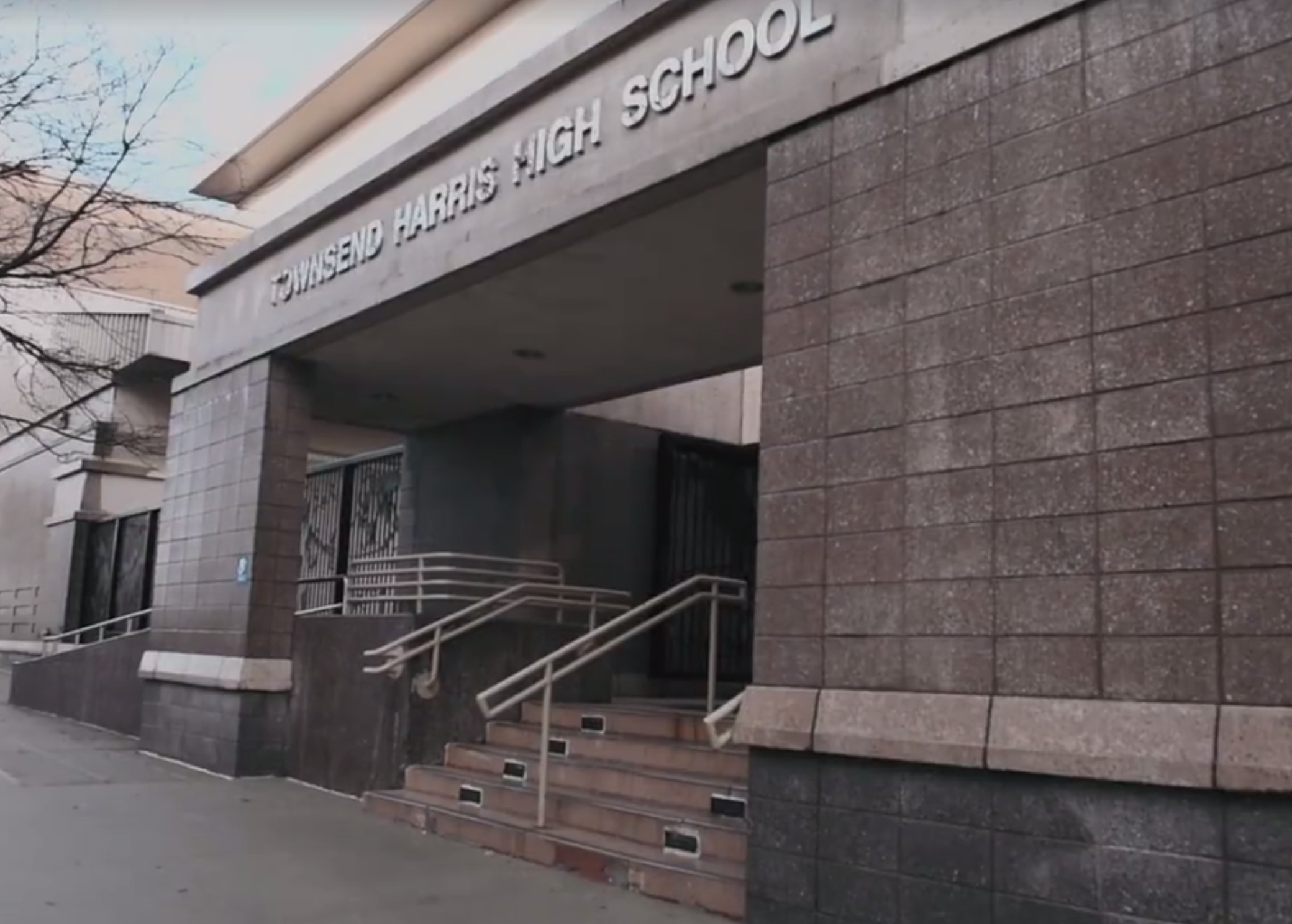 The Classic is an open forum for the expression of student views. The opinions expressed therein should not be taken to represent those of the administration or faculty, or of the student body as a whole.